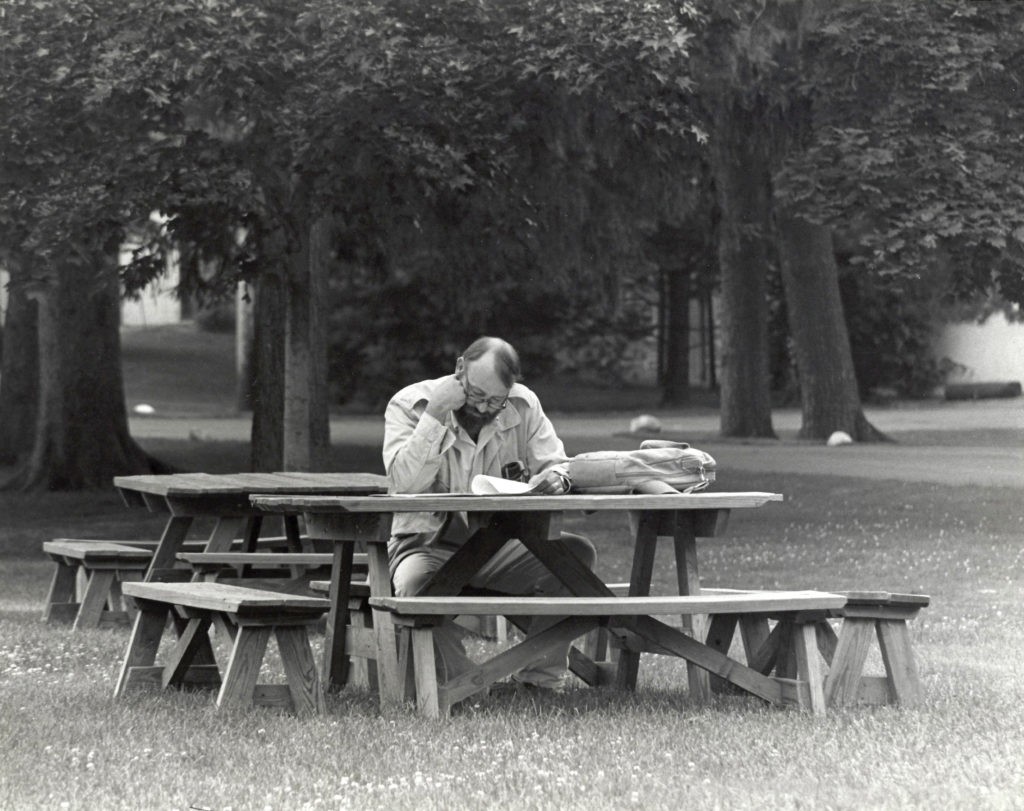 On December 21, 2019, the Watkinson community gathered in the Foisie Family Amphitheatre to celebrate and remember the life of David Holdt, who taught at Watkinson for thirty years (1978-2008). Alumni, alumni parents, and current and former employees and trustees gathered to remember and share the profound impact David had on our school and our community. One of the people who shared was Steve O’Brien ’80.

“My enduring memory of Dave comes from the day my oldest brother passed away. I was a wreck as I drove to Watkinson to pick up any books and work I would need for the next several days. As I walked toward Feringa, Dave came down the front steps and gave me one of those Dave smiles, sheepish and warming. I dissolved into his arms and totally broke down. He enveloped me and held me for the longest time. Then he told me not to pick up anything, to go home, and to just focus on myself and my family. That was Dave. Live life, and don’t sweat the small stuff. I admired him so much I had my senior picture taken with me sitting at his desk! Decades later, I am the teacher I always wanted to be largely because of Dave. As I spoke at his memorial, it dawned on me that I was standing in what used to be his classroom in the room underneath the old library in the A-frame! Thanks for the friendship, the guidance, and the love, Dave.” — Steve O’Brien

Contributors to this issue